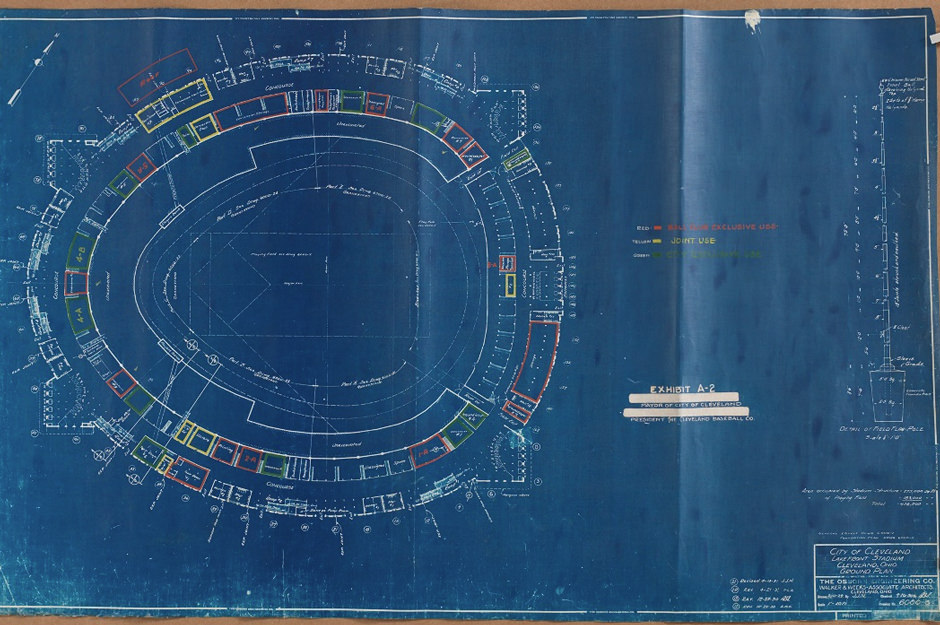 “We are big sports fans at ReTown,” says ReTown President & Managing Director Jim Louthen, ” and even bigger fans of our friends at Osborn Engineering, who specialize in sports entertainment technology.” Osborn Engineering was recently featured in A Piece of the Game, an Emmy award-winning TV show for people who are passionate about sports memorabilia. Osborn Engineering had a chance to showcase some of its archived and current sports drawings, going back almost a century.  Featured below are clips on Yankee Stadium (1921), Jacobs Field (1994), and Ohio Stadium (2014).

CEO Emeritus Kurt Rim of Osborn Engineering digs deep into the Osborn Engineering archives to present original Yankee Stadium drawings from 1921.  This was the first time a baseball venue was called a ‘stadium,’ as compared to ‘field’ or ‘park,’ due to its sheer size.  Yankee Stadium was the first triple-deck stadium in the country with a capacity of 57,545 and an opening day amount that exceeded 70,000.  The drawings are all done in ink so, as Kurt reminds us, “When you make a mistake, you are in trouble.”  The drawing being presented took approximately 40 hours to complete.  Of note is the iconic upper deck element known as the frieze, which was a signature element carried over into the current stadium’s design.

President Gary Hribar of Osborn Engineering shows original construction drawings for Jacobs Field, built in 1994 for the Cleveland Indians.  It was a modern day ballpark, later renamed to Progressive Field in 2008.  Osborn Engineering has been lucky enough to design all three venues for the Cleveland Indians, starting with League Park (1900), Cleveland  Municipal Stadium (1936) and Jacobs Field (1994).  The overall cost for the design of Jacobs Field would easily reach the $4-500 million mark today.  Osborn was the structural engineer for Jacobs Field, while serving as the original A/E firm on both League Park and Municipal Stadium.

Director of Sports Engineering Jack Krebs shows some graphics for the new Player’s Tunnel renovation at Ohio Stadium. The tunnel has photos of former Buckeye players, is specially lit with LED lighting, and has new speaker and video systems. Additionally, Jack shows us the layout of wifi and cellular service being laid out throughout the stadium.

Learn more about our ReTown friends at Osborn Engineering here.