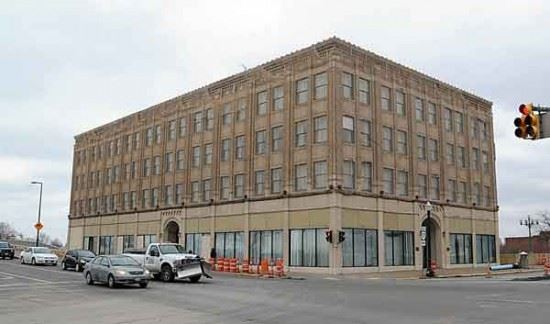 LORAIN — The Broadway Building is under new management — and ownership.

Lorain Port Authority Executive Director Rick Novak said Spitzer Great Lakes Ltd., the now former owner of the building, is donating it to the port authority, which will then lease it to Broadway Partners LLC.

“Broadway Partners is a group operated by ReTown developer Jim Louthen,” Novak said. “The lease is for two years and then after that we can initiate a purchasing agreement if we so choose. It’s basically to make sure that the developer doesn’t take the property and then do nothing with it.”

Novak said the interior of the building, in addition to the exterior, needs a lot of work before the structure can really be developed.

“There are some sections of the inside that are OK and aren’t in very bad shape,” he said. “And then there are others that have been heavily damaged. It’s just a very complicated process, but I think we’re making great strides, and this will be a catalyst for the downtown area when it’s complete.”

READ THE FULL ARTICLE FROM THE CHRONICLE HERE