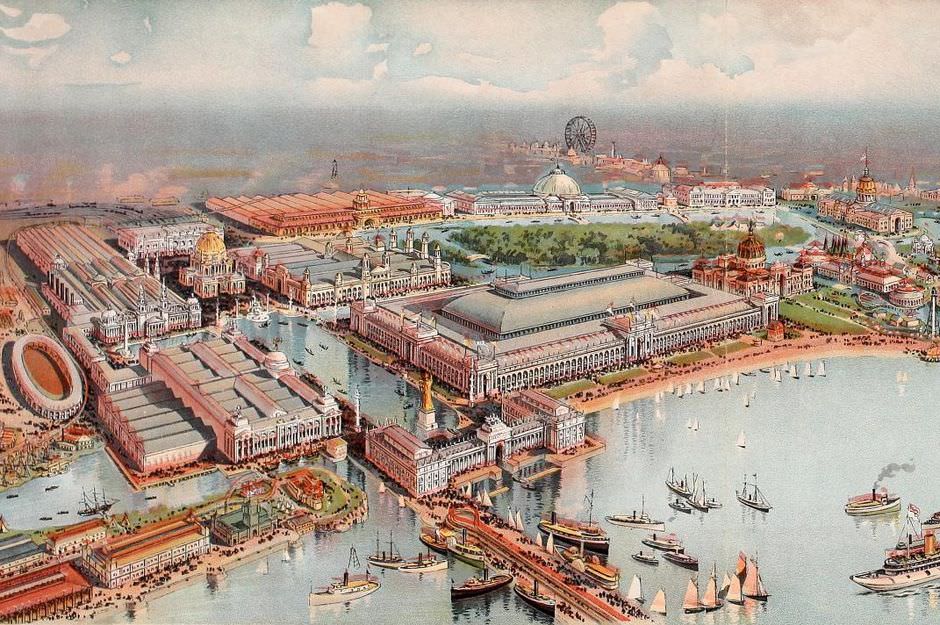 Daniel Burnham: “Make no little plans. They have no magic to stir men’s blood.”

With Chicago as its base camp, ReTown admires and is influenced by the work of two men who helped shape the city, architect Daniel Burnham and landscape architect Frederick Law Olmsted. ReTown President & Managing Director Jim Louthen explains: “Both Burnham and Olmsted had the ability to see the big picture, and to think years ahead.  They also thought about the relationship between buildings and the natural spaces around them.  As someone who majored in landscape architecture,” Louthen adds, “I can appreciate that co-existence. Being able to work on projects where ReTown can implement residential and business designs in large sections of towns and cities that combine the natural world with the man-made world — and that will make sense for decades — is of great importance to us.”

A crowning achievement for Burnham and Olmsted was The World’s Columbian Exposition of 1893, better known as The Chicago World’s Fair, to celebrate the 400th anniversary of Christopher Columbus’s arrival in the New World in 1492. A recent online article in Chicago Magazine featured more than 20 watercolors of the Fair created by artist Charles Graham. (We think the renderings by our partners at Bondy Studio for many ReTown projects look quite similar.)

The iconic centerpiece of the Fair, the large water pool, represented the long voyage Columbus took to the New World. Chicago bested New York City; Washington, DC; and St. Louis for the honor of hosting the fair. The Exposition was an influential social and cultural event and had a profound effect on architecture, sanitation, the arts, Chicago’s self-image, and American industrial optimism.  It was the prototype of what Burnham and his colleagues thought a city should be.

ReTown also has several connections to Ohio. In Lorain, Ohio, ReTown is currently involved in a project to turn the Broadway Building, formerly the Spitzer Hotel, into market rate apartments. ReTown President & Managing Director Jim Louthen, who has a degree in Landscape Architecture from The Ohio State University, also led the redevelopment of Lorain’s Black River Landing, a $7 million multi-modal center and riverfront park located on a 13-acre parcel along the Black River. So we feel it is fitting to recognize and honor another Ohio state project with ties to Burnham that we admire.

Last year, the American Planning Association, during its National Planning Excellence and Achievement Awards, gave the Daniel Burnham Award for Comprehensive Planning to the City of Cincinnati for its Plan Cincinnati.

Plan Cincinnati is the first plan for the city of Cincinnati in more than 30 years. The three year process began in 2009; one year after the city’s planning department was re-established. Instead of trying to make Cincinnati like other cities, Plan Cincinnati focuses on what makes Cincinnati unique — its urbanity. The plan focuses on revitalizing Cincinnati’s neighborhood centers and corridors while improving citizen’s physical health and quality of life. In a shift from traditional comprehensive plans, Plan Cincinnati is organized around five initiatives — compete, connect, live, sustain, and collaborate. The result is a plan that is more conceptual and is not a strict parcel-by-parcel approach. The plan emphasizes mixed-uses, and defines areas where compact walkable development should be reinforced or established.

Development of the plan was achieved through a “process of discovery,” letting the process itself guide the plan’s direction. Oversight was provided by a mayor-appointed steering committee that included representatives from community organizations, businesses, nonprofits, and institutions. Neighborhood summits, public open houses, and special youth outreach helped ensure that Plan Cincinnati was a plan that represented the citizens of Cincinnati and successfully involved stakeholders of various ages, backgrounds, and geographies.

Finally, Burnham’s influence reached as far away as the Philippines.  Burnham Park is an 80-acre urban park located at the heart of the Baguio City, in the northern part of the Philippines. Burnham laid the plans for the city. Several stretch of roads around the park lead to Camp John Hay, a former recreational base of the United States Armed Forces.